SoCal rockers Thrice have announced a massive U.S. tour in early 2020 celebrating the 15th anniversary of their iconic album 'Vheissu'. The 28-date journey kicks off January 23rd in San Francisco and extends through February hitting most major markets including Seattle, Chicago, Detroit, Brooklyn, Philadelphia, Baltimore, Atlanta, Dallas, Las Vegas and Los Angeles. Joining the tour in support will be special guests mewithoutYou, Drug Church and Holy Fawn. Prior to the tour, the band will be heading over to Europe for a long list of shows before the end of the year.

Thrice's fourth studio album 'Vheissu' was released on October 18th, 2005 and includes the lead single 'Image of the Invisible' which peaked at #24 on Billboard's Mainstream Rock chart. Their latest album 'Palms' dropped in 2018 and was supported by a U.S. tour with special guests The Bronx and Teenage Wrist. The prior year, the band teamed up with Circa Survive for a huge co-headlining tour with support from Chon and Balance And Composure.

Thrice came on the Pop / Rock scene with the release of the album 'First Impressions' released on October 31, 1999. The track 'All Eyes' immediately became a hit and made Thrice one of the fastest growing talents at that moment. Afterwards, Thrice published the hugely popular album 'The Artist In The Ambulance' which includes some of the most famous work from the Thrice collection. 'The Artist In The Ambulance' features the track 'Cold Cash And Cold Hearts (Album Version)' which has become the most recognized for fans to enjoy during the gigs. In addition to 'Cold Cash And Cold Hearts (Album Version)', many of other tracks from 'The Artist In The Ambulance' have also become requested as a result. Some of Thrice's most popular tour albums and songs are displayed below. After 17 years since the release of 'First Impressions' and having a major impact in the industry, music lovers still head to watch Thrice in person to play tracks from the full discography. 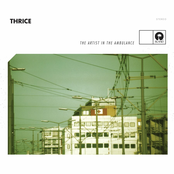 Thrice: The Artist In The Ambulance 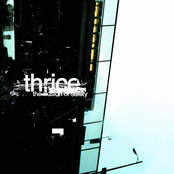 Thrice: The Illusion Of Safety 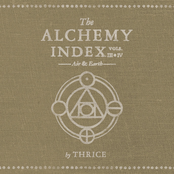 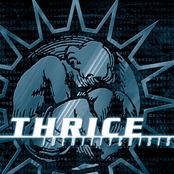 Thrice might soon come to a city near you. Check out the Thrice schedule on this page and press the ticket icon to checkout our huge inventory of tickets. Check out our selection of Thrice front row tickets, luxury boxes and VIP tickets. Once you locate the Thrice tickets you need, you can purchase your seats from our safe and secure checkout. Orders taken before 5pm are normally shipped within the same business day. To purchase last minute Thrice tickets, check out the eTickets that can be downloaded instantly.