Currently there haven't been any big 96 Bitter Beings concerts or tours announced for the States. Sign up for our Concert Tracker to get alerts when 96 Bitter Beings shows have been unveiled to the lineup. Check out our Facebook page for recent announcements for 96 Bitter Beings. In the meantime, view other Pop / Rock performances coming up by Darcy Malone, Louis Tomlinson, and 5th Dimension. 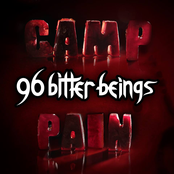