As of right now there haven't been any big A Hundred Drums concerts or tours planned for the United States. Sign up for our Concert Tracker to get alerts when A Hundred Drums shows have been added to the schedule. Take a look at our Facebook page for recent announcements for A Hundred Drums. In the meantime, take a look at other Techno / Electronic performances coming up by Dynohunter, Robotaki, and Au5 - Band.

About A Hundred Drums Tour Albums 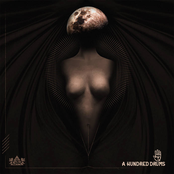 A Hundred Drums: Too Many Circuits (Feat. Jayne Gray)