Atmosphere's Slug and Ant have announced they'll be joining forces with Iration in 2022 for a major co-headlining tour across America. Their Sunshine & Summer Nights Tour takes place in July/August visiting cities like Dallas, Atlanta, Raleigh, Philadelphia, New York and Santa Barbara. Joining the tour in support will be special guests The Grouch, DJ Fresh and Katastro. Back in 2021, the duo teamed up with Cypress Hill for another joint tour along with Z-Trip.

Atmosphere will continue supporting their 12th studio album 'WORD?' released on October 8th, 2021 via Rhymesayers. The new album features tons of guest appearances including Evidence, Muja Messiah, Nikki Jean, Sa-Roc, Haphduzn, Aesop Rock and MF DOOM. The prior year, the veteran hip hop duo launched their The Wherever Tour which was joined by The Lioness, Nikki Jean and DJ Keezy. Back in 2019, they toured extensively across the U.S. with support from deM atlaS.

Atmosphere appeared on the Rap / Hip Hop scene with the appearance of the album 'Crystal Emotion' released on March 1, 1991. The single 'crystal emotion' immediately became a success and made Atmosphere one of the most popular acts at that moment. Later on, Atmosphere published the most popular album 'God Loves Ugly' which features some of the most beloved work from the Atmosphere discography. 'God Loves Ugly' includes the single 'Onemosphere' which has become the most recognized for fans to hear during the gigs. Aside from 'Onemosphere', a host of other songs from 'God Loves Ugly' have also become recognized as a result. A few of Atmosphere's most famous tour albums and songs are provided below. After 25 years since the release of 'Crystal Emotion' and making a true effect in the industry, followers continue to head to see Atmosphere appear live to perform tracks from the complete catalog. 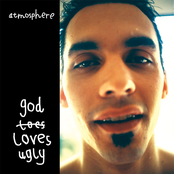 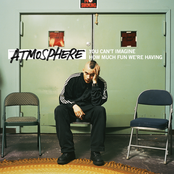 Atmosphere: You Can't Imagine How Much Fun We're Having 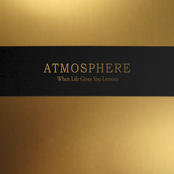 Atmosphere: When Life Gives You Lemons, You Paint That Shit Gold 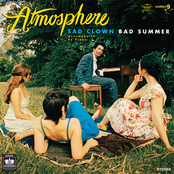