Metal troops Carnifex have announced a fall 2022 tour across America celebrating the 15th anniversary of their debut album 'Dead in My Arms'. The 32-date trek takes place in September/October invading cities like Berkeley, Denver, Grand Rapids, Cleveland, Syracuse, Knoxville and Dallas. Joining the tour in support will be special guests SPITE, Oceano, Left to Suffer and Crown Magnetar. The band recently co-headlined the annual Chaos & Carnage Tour with Suicide Silence earlier this year.

Carnifex's 2007 album 'Dead in My Arms' played a huge role in the band signing a major label record deal with Victory Records soon after its release. Their latest 2021 album 'Graveside Confessions' includes a cover song of Korn's 'Dead Bodies Everywhere' off their iconic 1998 album 'Follow the Leader'. Back in 2019, the group teamed up with The Faceless and Cattle Decapitation for the annual Summer Slaughter Tour joined by Rivers of Nihil, Nekrogoblikon, Lorna Shore and Brand of Sacrifice. Current members include Scott Ian Lewis, Shawn Cameron, Cory Arford and Fred Calderon.

Carnifex appeared on the Alternative scene with the appearance of the album 'Carnifex' published on April 2, 2007. The single 'Collaborating Like Killers' was instantly a hit and made Carnifex one of the newest emerging artists at that time. Thereafter, Carnifex published the hugely famous album 'Dead in My Arms' which features some of the most famous tracks from the Carnifex catalog. 'Dead in My Arms' contains the song 'Intro' which has become the most requested for followers to see during the gigs. Aside from 'Intro', a host of other songs from 'Dead in My Arms' have also become well-known as a result. A handful of Carnifex's most famous tour albums and songs are displayed below. After 9 years since the release of 'Carnifex' and having a true impact in the industry, fans consistently head to see Carnifex in person to play favorites from the full collection. 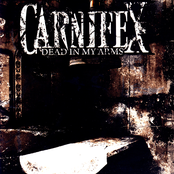 Carnifex: Dead in My Arms 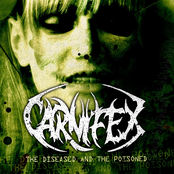 Carnifex: The Diseased And The Poisoned 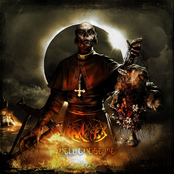 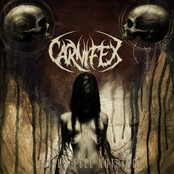 Carnifex: Until I Feel Nothing 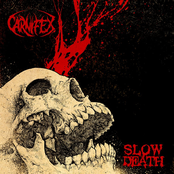 Carnifex might soon come to a city near you. Check out the Carnifex schedule just above and press the ticket icon to checkout our huge inventory of tickets. Browse our selection of Carnifex front row tickets, luxury boxes and VIP tickets. After you locate the Carnifex tickets you want, you can purchase your tickets from our safe and secure checkout. Orders taken before 5pm are generally shipped within the same business day. To purchase last minute Carnifex tickets, look for the eTickets that can be downloaded instantly.