Coming up later this fall, Chelsea Grin will continue touring across North America to promote their latest album 'Eternal Nightmare'. The new 23-city campaign begins with a special Halloween show in their hometown of Salt Lake City and concludes November 27th in Dallas. Additional markets on the itinerary include Grand Rapids, Pittsburgh, Baltimore, New York, Toronto, Atlanta and Tampa. Joining the tour in support will be special guests The Acacia Strain, Spite, Traitors and Left Behind. The tour originally launched earlier this year and was joined by Slaughter To Prevail, Enterprise Earth, Traitors and Bodysnatcher.

Chelsea Grin released their fifth studio album 'Eternal Nightmare' on July 13th, 2018 via Rise Records. The new album follows up 2016's 'Self Inflicted' which reached a career-best #2 on Billboard's Hard Rock chart. Also in 2016, the band embarked on their Desolation of Eden Tour across America and later joined Attila's The Chaos Tour along with Emmure and Sylar. The following year, their Self Inflicted Tour was joined by Ice Nine Kills, Gideon and Enterprise Earth.

Chelsea Grin came on the Pop / Rock scene with the appearance of the album 'Self Inflicted' published on November 30, -0001. The track '' was instantly a fan favorite and made Chelsea Grin one of the fastest growing performers at that time. After that, Chelsea Grin published the hugely popular album 'Desolation of Eden' which includes some of the most listened to tracks from the Chelsea Grin catalog. 'Desolation of Eden' hosts the song 'Judgement' which has been the most requested for music lovers to see during the live events. Aside from 'Judgement', many of other tracks from 'Desolation of Eden' have also become recognized as a result. A few of Chelsea Grin's most beloved tour albums and songs are displayed below. After 2017 years since the release of 'Self Inflicted' and making a major impact in the industry, music lovers consistently head to watch Chelsea Grin appear live to perform hits from the entire collection. 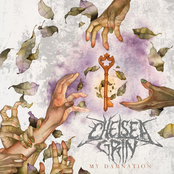 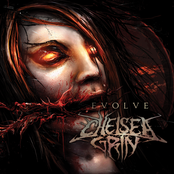 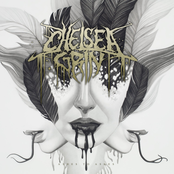 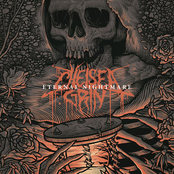 Chelsea Grin might soon come to a city near you. Browse the Chelsea Grin schedule on this page and press the ticket link to view our huge inventory of tickets. View our selection of Chelsea Grin front row tickets, luxury boxes and VIP tickets. As soon as you track down the Chelsea Grin tickets you want, you can purchase your seats from our safe and secure checkout. Orders taken before 5pm are usually shipped within the same business day. To purchase last minute Chelsea Grin tickets, check out the eTickets that can be downloaded instantly.