Suffocation recently revealed a concert schedule performing at select areas in North America. As one of the popular Hard Rock / Metal live performers right now, Suffocation will eventually be appearing on stage yet again for fans to attend. View the schedule that follows and locate an event to attend. From there, you can view the performance specifics, post it in Facebook and check out a huge selection of concert tickets. If you won't be able to make any of the current performances, sign up for our Concert Tracker for notifications right when Suffocation shows are revealed in your town. Suffocation could reveal extra North American concerts, so keep coming back for up-to-date information.

Suffocation came on the Hard Rock / Metal scene with the release of the album 'Effigy of the Forgotten' published on February 6, 2007. The song 'Infecting The Crypts' quickly became a hit and made Suffocation one of the newest emerging artists at that moment. Thereafter, Suffocation published the hugely beloved album 'Suffocation' which is comprised of some of the most popular music from the Suffocation collection. 'Suffocation' hosts the song 'Oblivion' which has proven to be the most well-known for music lovers to hear during the performances. Aside from 'Oblivion', many of other tracks from 'Suffocation' have also become requested as a result. Some of Suffocation's most beloved tour albums and songs are displayed below. After 9 years since the release of 'Effigy of the Forgotten' and making a massive impact in the business, music lovers still unite to watch Suffocation on stage to perform songs from the full catalog. 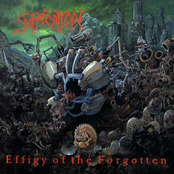 Suffocation: Effigy of the Forgotten 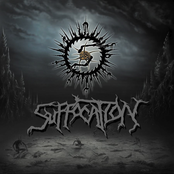 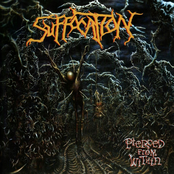 Suffocation: Pierced From Within 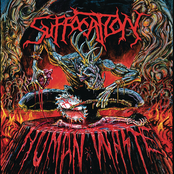 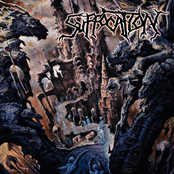