Veteran rapper Common has announced he'll be hitting the road again this summer to support his next album 'Let Love Have the Last Word'. The new 11-city journey takes place in July visiting major markets like Seattle, Vancouver, Las Vegas, Phoenix and Los Angeles. Also during the summer, he'll be making festival appearances at Smokin Grooves and Jazz Winnipeg in addition to joining Chicago Symphony, Atlanta Symphony and San Diego Symphony. Earlier this year, the Chicago MC launched an extensive book tour behind his new memoir of the same name.

UPDATE: Tour dates have been extended further into the summer making additional stops in Toronto, Detroit, Philadelphia, Nashville and Dallas.

Common will be releasing his 12th studio album 'Let Love Have the Last Word' sometime in August via Loma Vista Recordings. The new album features guest appearances by Jill Scott, Daniel Caesar, Leon Bridges, Swizz Beatz and BJ the Chicago Kid among others. Back in 2018, the rapper teamed up with Robert Glasper and Karriem Riggins to form the new jazz group August Greene and released their debut self-titled album.

Common appeared on the music scene with the appearance of the album 'Can I Borrow A Dollar?' published on November 30, 1991. The single 'Take It Ez' quickly became a fan favorite and made Common one of the most popular acts at that time. Since then, Common released the hugely popular album 'Like Water for Chocolate' which features some of the most well-known songs from the Common collection. 'Like Water for Chocolate' includes the single 'Time Travelin' (A Tribute to Fela)' which has become the most recognized for music lovers to hear during the shows. Apart from 'Time Travelin' (A Tribute to Fela)', most of other tracks from 'Like Water for Chocolate' have also become requested as a result. A handful of Common's most famous tour albums and songs are found below. After 25 years since the release of 'Can I Borrow A Dollar?' and having a true effect in the industry, music lovers consistently unite to hear Common on stage to perform hits from the full discography. 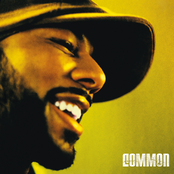 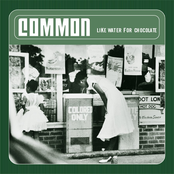 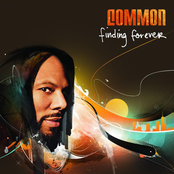 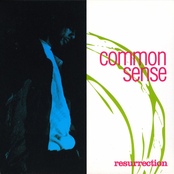 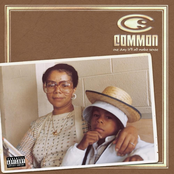 Common may come to a city near you. View the Common schedule on this page and push the ticket icon to see our big selection of tickets. Browse our selection of Common front row tickets, luxury boxes and VIP tickets. After you locate the Common tickets you need, you can buy your tickets from our safe and secure checkout. Orders taken before 5pm are generally shipped within the same business day. To purchase last minute Common tickets, look for the eTickets that can be downloaded instantly.