To date there haven't been any notable Daniel Black concerts or tours released for America. Sign up for our Concert Tracker to get told when Daniel Black shows have been added to the calendar. Take a look at our Facebook page for recent announcements for Daniel Black. In the meantime, have a look at other Classical performances coming up by Peter Rubardt, Opera Meets Broadway, and Conversations In Concert. 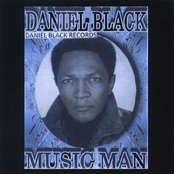 Daniel Black: Danyahu in the heart of babylon