Currently there haven't been any big Daniel Bolshoy concerts or tours booked for the States. Sign up for our Concert Tracker to get notified when Daniel Bolshoy performances have been unveiled to the lineup. Visit us on Twitter @ConcertFix for announcements regarding Daniel Bolshoy. In the meantime, have a look at other Classical performances coming up by Beethoven Nine, Stewart Copeland's Police Deranged For Orchestra, and Boston Pops Orchestra. 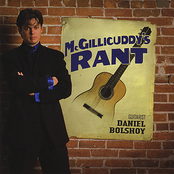