Dennis Stroughmatt recently announced a concert schedule stopping by select locations in North America. As one of the top Country / Folk live performers to date, Dennis Stroughmatt will soon perform live once again for fans. View the lineup that follows and select a show of your choice. From there, you can view the event specifics, RSVP on Facebook and check out a inventory of concert tickets. If you are unable to attend any of the current performances, sign up for our Concert Tracker to get notified when Dennis Stroughmatt shows are unveiled in your area. Dennis Stroughmatt possibly might unveil additional North American performances, so keep checking back with us for the most recent information. 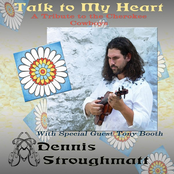 Dennis Stroughmatt: Talk to My Heart: A Tribute to the Cherokee Cowboys