Grammy-nominated rapper DMX has announced an extensive 2019 tour across America celebrating the 20th anniversary of his debut album 'It's Dark and Hell Is Hot'. The 32-city excursion kicks off March 8th in Oklahoma City and continues into May hitting major markets like New York, Philadelphia, Atlanta, Dallas, Seattle, Detroit and Chicago. Back in 2017, DMX and fellow members of the Ruff Ryders collective announced a huge reunion tour which was eventually cancelled due to an unspecified medical emergency.

DMX released his debut studio album 'It's Dark and Hell Is Hot' on May 12th, 1998 via Ruff Ryders, Def Jam and PolyGram. The album was certified 4x Platinum by the RIAA and was the first of five consecutive albums to reached #1 on the Billboard 200. The single 'Ruff Ryders Anthem' was nominated for Best Rap Video at the 1999 MTV Video Music Awards. The rapper's latest album 'Undisputed' dropped in 2012 and features a guest appearance by Machine Gun Kelly on the track 'I Don't Dance'.

DMX appeared on the Rap / Hip Hop scene with the appearance of the album 'Slippin'' released on November 30, 1997. The track 'Slippin'' quickly became a fan favorite and made DMX one of the fastest growing acts at that time. Afterwards, DMX published the most popular album 'It's Dark And Hell Is Hot' which contains some of the most popular songs from the DMX discography. 'It's Dark And Hell Is Hot' includes the single 'Intro' which has proven to be the most requested for followers to hear during the gigs. Besides 'Intro', most of other songs from 'It's Dark And Hell Is Hot' have also become sought-after as a result. A few of DMX's most popular tour albums and songs are seen below. After 19 years since the release of 'Slippin'' and having a huge effect in the industry, music lovers consistently head to watch DMX in person to perform favorites from the complete catalog. 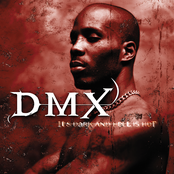 DMX: It's Dark And Hell Is Hot 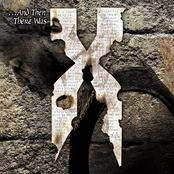 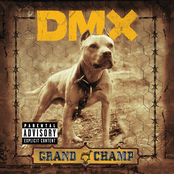 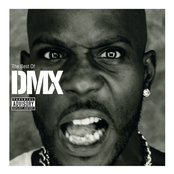 DMX: The Best Of DMX 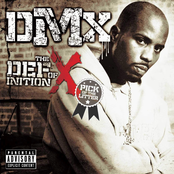 DMX: The Definition Of X: Pick Of The Litter

DMX may come to a city near you. View the DMX schedule on this page and press the ticket icon to see our big selection of tickets. Browse our selection of DMX front row tickets, luxury boxes and VIP tickets. As soon as you track down the DMX tickets you need, you can buy your tickets from our safe and secure checkout. Orders taken before 5pm are normally shipped within the same business day. To buy last minute DMX tickets, check out the eTickets that can be downloaded instantly.

It's Dark And Hell Is Hot View More Albums