As of right now there haven't been any notable Framing the Red concerts or tours added for cities in North America. Sign up for our Concert Tracker to get told when Framing the Red events have been revealed to the calendar. Take a look at our Facebook page for recent announcements for Framing the Red. In the meantime, have a look at other Pop / Rock performances coming up by Jess Moskaluke, Muo Duo, and John Mccutcheon.

About Framing the Red Tour Albums 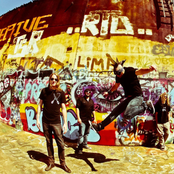 Framing the Red: Welcome to the Show