As of right now there haven't been any upcoming Gear Daddies concerts or tours added for the States. Sign up for our Concert Tracker to get informed when Gear Daddies concerts have been released to the itinerary. Check out our Facebook page for recent announcements for Gear Daddies. In the meantime, check out other Alternative performances coming up by Guitar Shorty, Purusa, and The Lumineers.

Gear Daddies came on the Alternative scene with the appearance of the album 'Let's Go Scare Al' published on November 30, 1987. The track 'Cut Me Off' was instantly a success and made Gear Daddies one of the newest emerging performers at that moment. Since then, Gear Daddies came out with the hugely beloved album 'Billy's Live Bait' which includes some of the most popular songs from the Gear Daddies collection. 'Billy's Live Bait' hosts the song 'Stupid Boy' which has proven to be the most requested for followers to hear during the live events. Besides 'Stupid Boy', most of other tracks from 'Billy's Live Bait' have also become well-known as a result. A handful of Gear Daddies's most popular tour albums and songs are provided below. After 29 years since the release of 'Let's Go Scare Al' and having a true effect in the industry, fans continue to flock to experience Gear Daddies on stage to play favorites from the entire discography. 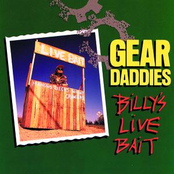 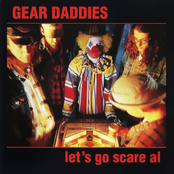