Metal beasts GWAR have announced they'll be expanding their latest North American tour further into 2022 supporting their brand new album 'The New Dark Ages'. The Black Death Rager world tour gets started again September 11th in Nashville and runs into November invading U.S. markets like Seattle, Los Angeles, Las Vegas, Houston, Atlanta, Philadelphia and New York. Canadian shows are planned for Vancouver and Toronto. Joining the tour in support will be special guests Light The Torch, Nekrogoblikon and Crobot. The tour originally launched earlier this year and was joined by Goatwhore, The Native Howl and Nekrogoblikon.

GWAR released their 15th studio album 'The New Dark Ages' on June 3rd, 2022 via Pit Records. The new album follows up 2017's 'The Blood of Gods' which reached a career-best #12 on Billboard's Independent chart and features a guest appearance by MC Chris on the track 'Death to Dickie Duncan'. Back in 2021, the band launched their 'Scumdogs of the Universe' 30th anniversary tour which was joined by Napalm Death, Eyehategod and Madball. Two years prior, their Use Your Collusion Tour was joined by Sacred Reich, Toxic Holocaust, Against the Grain, Unearth and Savage Master.

GWAR appeared on the Hard Rock / Metal scene with the release of the album 'Hell-o!' released on November 30, 1987. The track 'Timè fôr Deäth' quickly became a fan favorite and made GWAR one of the newest emerging artists at that time. Later on, GWAR released the hugely famous album 'Scumdogs Of The Universe' which features some of the most popular tracks from the GWAR catalog. 'Scumdogs Of The Universe' features the single 'The Salaminizer' which has made itself the most requested for followers to see during the performances. Apart from 'The Salaminizer', most of other tracks from 'Scumdogs Of The Universe' have also become requested as a result. A few of GWAR's most beloved tour albums and songs are displayed below. After 29 years since the release of 'Hell-o!' and making a huge effect in the industry, music lovers still gather to see GWAR appear live to perform favorites from the complete discography. 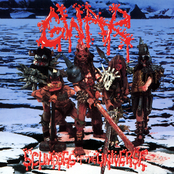 GWAR: Scumdogs Of The Universe 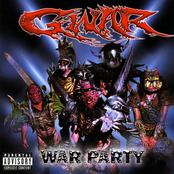 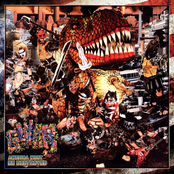 GWAR: America Must Be Destroyed 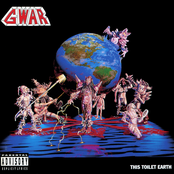 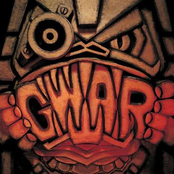 GWAR: We Kill Everything

GWAR could be coming to a city near you. View the GWAR schedule above and press the ticket icon to view our huge inventory of tickets. Browse our selection of GWAR front row tickets, luxury boxes and VIP tickets. As soon as you find the GWAR tickets you need, you can purchase your seats from our safe and secure checkout. Orders taken before 5pm are generally shipped within the same business day. To purchase last minute GWAR tickets, browse through the eTickets that can be downloaded instantly.