Illinois rockers Icon For Hire have announced a supporting their latest album 'Still Can't Kill Us: Acoustic Sessions'. Their Icon Army Tour kicks off July 19th in Atlanta and extends through August visiting major markets like Baltimore, New York, Philadelphia, Chicago, Seattle, Los Angeles and Dallas. The new outing follows up 2018's Turn Your Pain Into Art Tour and 2017's You Can't Kill Us Tour which was joined by special guests Assuming We Survive, October Sky and The Second After.

Icon For Hire independently released their fourth studio album 'Still Can't Kill Us: Acoustic Sessions' on December 7th, 2018. Their previous 2016 album 'You Can't Kill Us' reached a career-best #9 on Billboard's Indie chart and was funded by a successful Kickstarter campaign. After drummer Adam Kronshagen left the band in 2015, members currently include Ariel Bloomer and Shawn Jump.

About Icon For Hire Tour Albums

Icon For Hire appeared on the Alternative scene with the appearance of the album 'Make A Move' published on July 5, 2011. The single 'Make a Move' quickly became a success and made Icon For Hire one of the newest emerging performers at that moment. Later on, Icon For Hire came out with the most famous album 'Scripted' which features some of the most well-known tracks from the Icon For Hire catalog. 'Scripted' features the single 'Overture' which has made itself the most recognized for music lovers to see during the gigs. Aside from 'Overture', a host of other tracks from 'Scripted' have also become well-known as a result. Some of Icon For Hire's most beloved tour albums and songs are displayed below. After 5 years since the release of 'Make A Move' and making a huge impact in the industry, fans consistently flock to experience Icon For Hire on stage to perform tracks from the full catalog. 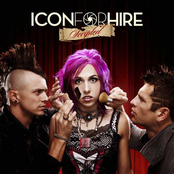 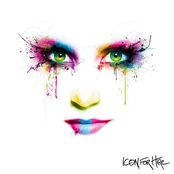 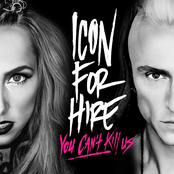 Icon For Hire: YOU CAN'T KILL US 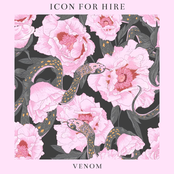 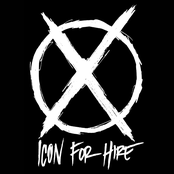