James Gregory recently revealed a concert schedule stopping by select cities in North America. As one of the most followed Comedy live performers to date, James Gregory will finally show up on stage yet again for fans to enjoy. View the calendar below and select a show of your choice. Then, you can have a look at the event specifics, say you're going through Facebook and view a great selection of concert tickets. If you are unable to make any of the current concerts, sign up for our Concert Tracker to get alerts right when James Gregory performances are added in a city near you. James Gregory possibly could reveal more North American events, so keep coming back for any updates.

James Gregory appeared on the Comedy scene with the appearance of the album 'The Funniest Man in America - Live!' published on August 7, 2007. The song 'Stupid Relatives' quickly became a fan favorite and made James Gregory one of the most popular artists at that time. Later on, James Gregory came out with the most famous album 'Beef Stew for the Brain' which contains some of the most well-known tracks from the James Gregory discography. 'Beef Stew for the Brain' hosts the song 'Opening - Tornadoes - Part I' which has been the most sought-after for music lovers to enjoy during the live events. Aside from 'Opening - Tornadoes - Part I', a host of other songs from 'Beef Stew for the Brain' have also become well-known as a result. A handful of James Gregory's most famous tour albums and songs are provided below. After 9 years since releasing 'The Funniest Man in America - Live!' and having a major impact in the industry, fans still gather to see James Gregory on stage to play tracks from the full discography. 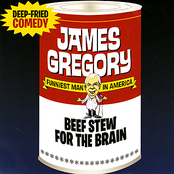 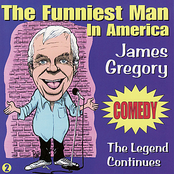 James Gregory: The Funniest Man in America - The Legend Continues 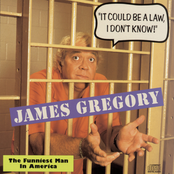 James Gregory: "It Could Be A Law, I Don't Know!" The Funniest Man In America 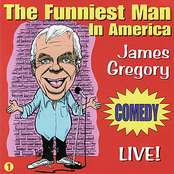 James Gregory: "It Could Be a Law, I Don't Know!" the Funniest Man In America