Comedian Jay Leno has announced a very busy stand-up schedule through 2017. Some of the cities on the itinerary include Las Vegas, San Antonio, Atlanta, Washington DC and Orlando just to list a few. Leno has performed in more than 200 stand-up shows in the past few years and is still going strong. The comedian was inducted into the Television Hall of Fame in 2014. He hosted The Tonight Show with Jay Leno from 1992 through 2009 then returned in 2010 and left the show in February of 2014.

Jay Leno: You Wanted The Best, You Got The Best!! 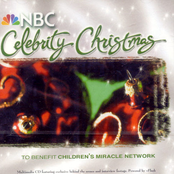 Jay Leno: You Wanted the Best You Got the Best

Jay Leno might soon come to a city near you. Check out the Jay Leno schedule on this page and click the ticket icon to view our huge inventory of tickets. Browse our selection of Jay Leno front row tickets, luxury boxes and VIP tickets. Once you find the Jay Leno tickets you desire, you can purchase your seats from our safe and secure checkout. Orders taken before 5pm are normally shipped within the same business day. To buy last minute Jay Leno tickets, look for the eTickets that can be downloaded instantly.