Hilarious ventriloquist Jeff Dunham has announced a massive North American tour beginning in early 2021. His Seriously!? Tour kicks off June 5th in Jacksonville and extends into December visiting U.S. markets like Verona, Atlantic City, Omaha, Nashville and Reno. Canadian shows are planned for London and Abbotsford. Back in 2018, the comedian launched his Passively Aggressive Tour which stretched into 2019 and followed up 2015's Perfectly Unbalanced Tour.

Dunham has become famous for his awesome characters such as Walter the grumpy old man, Peanut the hyperactive purple skinned woozle, Jose Jalapeno on a Stick, Bubba J the beer-drinking redneck, Sweet Daddy Dee the pimp, Melvin the Superhero Guy, and of course Achmed the Dead Terrorist. Jeff has introduced a few other characters in his acts in the past like Diane and Achmed Junior. He's known for his truly incredible ventriloquist skills which keeps the audience laughing throughout his performances. His expertise and perfect sense of timing with each unique character is simply mind-boggling..

Jeff has a huge resume of TV specials that he has actually starred in or played himself in. Since 1991 the comedian started out in one episode playing himself in the show Hot Country Nights. Through the years he has been on Comedy Central Presents, Blue Collar TV, 30 Rock and others and has starred in several specials like 'Jeff Dunham: Arguing With Myself', 'Jeff Dunham: Spark Of Insanity' and 'Jeff Dunham's Very Special Christmas Special' among others. He also played the character of Mole for the computer-animated comedy film The Nut Job which was released back in 2014.

Jeff Dunham came on the Comedy scene with the release of the album 'Arguing With Myself' released on September 26, 2006. The single 'House Full Of Women And Airport Security' quickly became a hit and made Jeff Dunham one of the most popular acts at that moment. Since then, Jeff Dunham published the most beloved album 'Spark of Insanity' which is comprised of some of the most listened to work from the Jeff Dunham catalog. 'Spark of Insanity' hosts the song 'Hummer Vs. Prius' which has proven to be the most recognized for music lovers to hear during the live events. Besides 'Hummer Vs. Prius', a host of other tracks from 'Spark of Insanity' have also become requested as a result. A few of Jeff Dunham's most popular tour albums and songs are provided below. After 10 years since releasing 'Arguing With Myself' and having a massive effect in the industry, fans still unite to experience Jeff Dunham on stage to perform hits from the full collection. 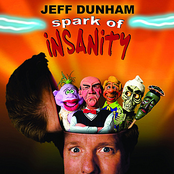 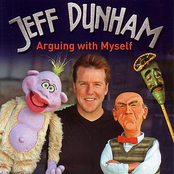 Jeff Dunham: Arguing With Myself 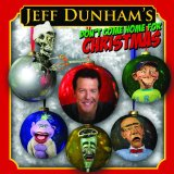 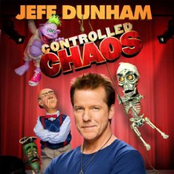