To date there haven't been any upcoming Jeff Garlin concerts or tours added for North America. Sign up for our Concert Tracker to get told when Jeff Garlin concerts have been announced to the itinerary. Follow us on Twitter @ConcertFix for announcements for Jeff Garlin. In the meantime, check out other Comedy performances coming up by BGCC, Barts Tree Service Comedy Series, and Miranda Sing. 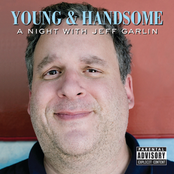 Jeff Garlin: The Un & Only