Comedian Jerry Seinfeld has announced an extensive 2015 stand-up tour across North America. His hilarious act will make its way to cities like Phoenix, Nashville, Boston, Atlantic City, Vegas and Detroit during the spring. Then in the summer, Jerry will head to Ontario for a few shows and head back to Atlantic City in August. The stand-up genius has spent a lot of time touring during the last year through most of North America.

Jerry Seinfeld started his career in 1976 at mic night in New York City. His television career began with a small part in the TV series 'Benson' and made many appearances on late night shows like The Tonight Show Starring Johnny Carson and Late Night With David Letterman. His 'Seinfeld' series was considered internationally one of the greatest television programs and sitcoms of all time, running from 1988 through 1998. Seinfeld continued his stand up career after his show ended and went on to record a comedy special in 1998 titled 'I'm Telling You For The Last Time' which he took on the road and recorded. Jerry is considered one of Comedy Central's '100 Greatest Stand Ups of All time' and continues to do his stand up routines throughout the country and internationally. 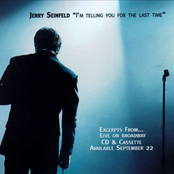 Jerry Seinfeld: I'm Telling You for the Last Time 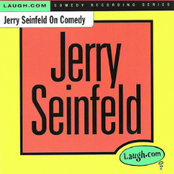 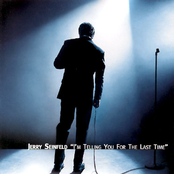 Jerry Seinfeld: I'm Telling You for the Last T