Currently there haven't been any notable Joe K. Walsh concerts or tours booked for the States. Sign up for our Concert Tracker to get told when Joe K. Walsh performances have been booked to the schedule. For recent announcements of Joe K. Walsh events, visit our Facebook page. In the meantime, check out other Other performances coming up by Dogma, Four By Four - A Musical Tribute, and Dean Ford and The Beautiful Ones - Prince Tribute. 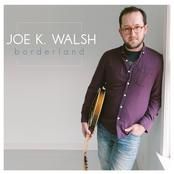