German electronic godfathers Kraftwerk have announced they'll be bringing their 3-D tour back to North America in 2022. The 24-city journey kicks off May 27th in St. Louis and continues into July visiting major U.S. markets like Chicago, Detroit, New York, Philadelphia, Washington DC, Dallas, Los Angeles, San Francisco and Seattle. Canadian dates are planned for Toronto, Montreal and Vancouver. Like in past years, fans can expect to see spectacular 3D visualizations/effects and mesmerizing visual landscapes during each performance.

Kraftwerk's 3D Concert Tour originally began back in 2013 with shows in Scotland, the UK, Ireland and the Netherlands. The following year, they brought the tour to the Walt Disney Concert Hall in Los Angeles followed by stops in Sweden, Latvia, Japan, Amsterdam and France. More recently, the group was presented with a Musical Excellence Award at the 2021 Rock & Roll Hall of Fame induction ceremony. Current members Ralf Hütter, Fritz Hilpert, Henning Schmitz and Falk Grieffenhagen are widely considered one of the most influential bands in electronic music history.

Kraftwerk came on the Pop / Rock scene with the release of the album 'Radio-Activity' released on November 30, 1974. The track 'Geiger Counter' immediately became a fan favorite and made Kraftwerk one of the fastest growing performers at that moment. Since then, Kraftwerk released the hugely beloved album 'Autobahn' which features some of the most beloved songs from the Kraftwerk collection. 'Autobahn' includes the single 'Autobahn' which has proven to be the most requested for fans to hear during the gigs. Besides 'Autobahn', a host of other tracks from 'Autobahn' have also become recognized as a result. A handful of Kraftwerk's most popular tour albums and songs are provided below. After 42 years since the release of 'Radio-Activity' and having a huge impact in the business, followers consistently head to see Kraftwerk appear live to play songs from the complete discography. 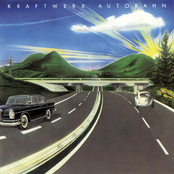 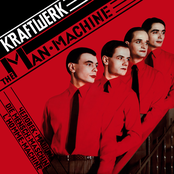 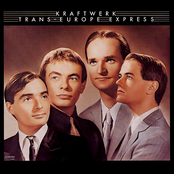 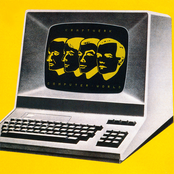 Kraftwerk may come to a city near you. Browse the Kraftwerk schedule above and press the ticket icon to view our huge inventory of tickets. Check out our selection of Kraftwerk front row tickets, luxury boxes and VIP tickets. Once you find the Kraftwerk tickets you want, you can buy your seats from our safe and secure checkout. Orders taken before 5pm are generally shipped within the same business day. To buy last minute Kraftwerk tickets, check out the eTickets that can be downloaded instantly.