Welsh songstress Marina has announced a major North American tour in early 2022 to promote her brand new album 'Ancient Dreams in a Modern Land'. The 19-city journey takes place in February/March making notable stops in San Francisco, Seattle, Chicago, Detroit, Toronto, Philadelphia, Washington DC, New York, Atlanta, Houston and Inglewood. Later in the spring, the singer will be heading over to Europe and the UK for additional performances.

Marina released her fifth studio album 'Ancient Dreams in a Modern Land' on June 11th, 2021 via Atlantic Records. The new album follows up 2019's 'LOVE + FEAR' which reached #28 on the Billboard 200 and includes the lead single 'Handmade Heaven'. The same year, the singer launched her LOVE + FEAR Tour which visited North America and Europe. Back in 2011, she opened for Katy Perry during her California Dreams Tour and spent portions of 2012 supporting Coldplay's Mylo Xyloto Tour.

Marina showed up on to the Pop / Rock scene with the appearance of tour album "Fullgás", released on N/A. The song was instantly a hit and made Marina one of the new great concerts to experience. Subsequently following the release of "Fullgás", Marina revealed "Marina Rock Lima" on N/A. Its fair to say that "Marina Rock Lima" was not one of the more popular tour albums, although the tune did get a fair amount of attention and is a crowd pleaser at every show. Marina has published 7 more tour albums since "Marina Rock Lima". With over 0 years of albums, Marina best tour album has been "HardBeat" and some of the most popular concert songs have been , , and . 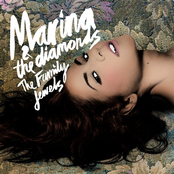 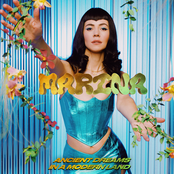 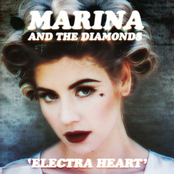 Marina could be coming to a city near you. View the Marina schedule on this page and push the ticket button to checkout our huge inventory of tickets. Browse our selection of Marina front row tickets, luxury boxes and VIP tickets. Once you locate the Marina tickets you desire, you can buy your tickets from our safe and secure checkout. Orders taken before 5pm are generally shipped within the same business day. To buy last minute Marina tickets, check out the eTickets that can be downloaded instantly.