Swedish metal giants Meshuggah have announced a fall 2022 tour across America joined by special guests Converge and Torche. The 19-city excursion kicks off September 16th in Worcester and extends into October invading major markets like Philadelphia, New York, Chicago, San Francisco, Los Angeles, Dallas, Orlando and Atlanta. Back in 2019, the band embarked on a massive U.S. tour with support from The Black Dahlia Murder.

Meshuggah will continue supporting their eighth studio album 'The Violent Sleep of Reason' released on October 7th, 2016 via Nuclear Blast. The new album tied a career-best #17 on the Billboard 200 includes the track 'Clockworks' which was nominated for Best Metal Performance at the 2018 Grammy Awards. Also in 2018, the band launched a brief west coast tour joined by Code Orange and Toothgrinder. The group formed in 1987 and currently consists of members Jens Kidman, Fredrik Thordendal, Tomas Haake, Mårten Hagström and Dick Lövgren.

Meshuggah came on the Hard Rock / Metal scene with the release of the album 'Contradictions Collapse' published on November 30, 1990. The single 'Paralyzing Ignorance' was instantly a fan favorite and made Meshuggah one of the most popular acts at that moment. Afterwards, Meshuggah came out with the hugely beloved album 'ObZen' which contains some of the most popular work from the Meshuggah discography. 'ObZen' contains the track 'Combustion' which has become the most requested for followers to experience during the gigs. In addition to 'Combustion', a host of other songs from 'ObZen' have also become recognized as a result. Some of Meshuggah's most beloved tour albums and songs are provided below. After 26 years since releasing 'Contradictions Collapse' and making a huge effect in the business, music lovers still gather to see Meshuggah in person to play tracks from the complete catalog. 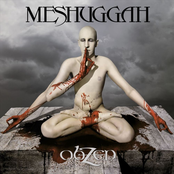 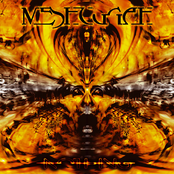 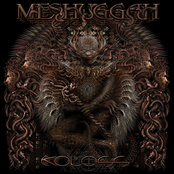 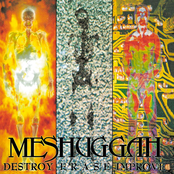 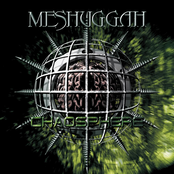 Meshuggah might soon come to a city near you. Browse the Meshuggah schedule just above and click the ticket icon to view our big selection of tickets. Browse our selection of Meshuggah front row tickets, luxury boxes and VIP tickets. As soon as you find the Meshuggah tickets you desire, you can buy your tickets from our safe and secure checkout. Orders taken before 5pm are generally shipped within the same business day. To buy last minute Meshuggah tickets, look for the eTickets that can be downloaded instantly.