Coming up in 2022, O.A.R. will be teaming up with Dispatch for a massive co-headlining tour across America. The 37-city route kicks off July 15th in Mesa and runs into September visiting big markets like Los Angeles, Atlanta, Nashville, Philadelphia, Columbia, Wantagh and Austin. Joining the tour on select dates will be special guests Robert Randolph Band and G. Love. Prior to the tour, O.A.R will be making an appearance at Innings Festival along with The Lumineers, Khruangbin, Nathaniel Rateliff & The Night Sweats and Goo Goo Dolls.

O.A.R. will continue supporting their ninth studio album 'The Mighty' released on March 29th, 2019 via Wind-up Records. Also in 2019, the band launched their The Mighty Tour with support from American Authors. The prior year, their Just Like Paradise Tour was joined by Matt Nathanson. Back in 2017, they joined Train during portions of their Play That Song Tour before embarking on their own stOARies Tour across America.

O.A.R. arrived on the Alternative scene with the appearance of the album 'The Wanderer' published on March 25, 1997. The song 'That Was a Crazy Game of Poker' immediately became a fan favorite and made O.A.R. one of the fastest growing talents at that moment. Later on, O.A.R. released the hugely popular album 'Stories Of A Stranger' which includes some of the most beloved songs from the O.A.R. discography. 'Stories Of A Stranger' hosts the single 'Heard the World' which has proven to be the most well-known for fans to enjoy during the shows. In addition to 'Heard the World', a host of other songs from 'Stories Of A Stranger' have also become sought-after as a result. A few of O.A.R.'s most popular tour albums and songs are displayed below. After 19 years since releasing 'The Wanderer' and having a huge impact in the industry, fans still flock to watch O.A.R. appear live to play hits from the entire discography. O.A.R.: Stories Of A Stranger 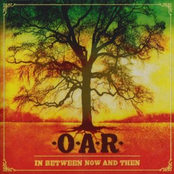 O.A.R.: In Between Now and Then 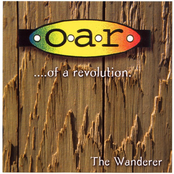 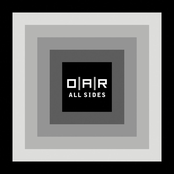 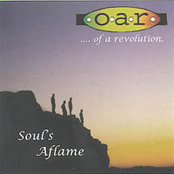 O.A.R. could be coming to a city near you. Browse the O.A.R. schedule on this page and press the ticket button to checkout our big selection of tickets. Browse our selection of O.A.R. front row tickets, luxury boxes and VIP tickets. Once you find the O.A.R. tickets you desire, you can purchase your seats from our safe and secure checkout. Orders taken before 5pm are usually shipped within the same business day. To buy last minute O.A.R. tickets, browse through the eTickets that can be downloaded instantly.