Reggae rockers Pepper have announced a massive U.S. tour in early 2020 supporting their brand new album 'Local Motion'. Their Step to the Local Motion Tour kicks off February 11th in Boston and runs into March visiting major markets like New York, Philadelphia, Washington DC, Dallas and Seattle. Earlier in 2019, the band made an appearance at the annual One Love Cali Reggae Fest along with Stick Figure, Tribal Seeds, Trevor Hall and Mike Love among many others.

Pepper released their eighth studio album 'Local Motion' on June 28th, 2019 via LAW Records. The new album follows up 2016's 'Ohana' and 2013's self-titled album which reached a career-best #65 on the Billboard 200. Back in 2015, the band joined Rebelution and Sublime With Rome during their huge summer tour across America. The prior year, they teamed up with Dirty Heads for a another extensive summer tour before launching their own headlining tour with support from New Beat Fund and The Movement.

Pepper appeared on the Pop / Rock scene with the release of the album 'Kona Town' released on March 26, 2002. The single 'Give It Up' immediately became a hit and made Pepper one of the newest emerging artists at that moment. Thereafter, Pepper published the hugely famous album 'To Da Max 1997-2004' which features some of the most famous work from the Pepper collection. 'To Da Max 1997-2004' hosts the track 'The Arena' which has become the most well-known for followers to enjoy during the performances. Besides 'The Arena', a host of other songs from 'To Da Max 1997-2004' have also become recognized as a result. A few of Pepper's most beloved tour albums and songs are seen below. After 14 years since releasing 'Kona Town' and having a huge effect in the industry, followers still unite to watch Pepper on stage to perform tracks from the complete collection. 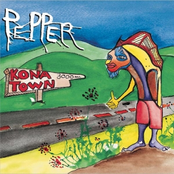 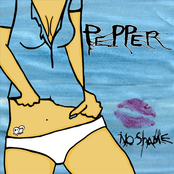 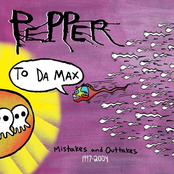 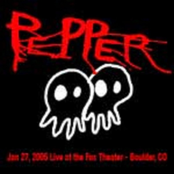 Pepper may come to a city near you. Browse the Pepper schedule on this page and click the ticket icon to checkout our big selection of tickets. Look through our selection of Pepper front row tickets, luxury boxes and VIP tickets. As soon as you track down the Pepper tickets you want, you can purchase your tickets from our safe and secure checkout. Orders taken before 5pm are generally shipped within the same business day. To buy last minute Pepper tickets, check out the eTickets that can be downloaded instantly.