Phil Anselmo recently unveiled a concert schedule performing at select locations in North America. As one of the top Pop / Rock live performers to date, Phil Anselmo will finally be performing on stage yet again for fans. Check out the calendar here to select a show that works for you. From there, you can take a look at the performance specifics, say you're going through Facebook and view a selection of great concert tickets. If you won't be able to go to any of the current performances, sign up for our Concert Tracker to get notified immediately when Phil Anselmo concerts are announced in a city near you. Phil Anselmo possibly could announce additional North American concerts, so come back often for up-to-date information.

Currently Phil Anselmo does not have any albums

Phil Anselmo: Walk Through Exits Only 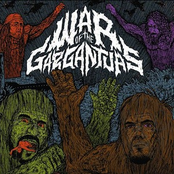 Phil Anselmo: War of the Gargantuas