Platinum-selling group Primus will be expanding their A Tribute to Kings Tour into 2022 covering Rush's 1977 studio album 'A Farewell to Kings' in its entirety. The 46-date trek kicks off April 15th in Oklahoma City and stretches through June visiting U.S. markets like San Antonio, Miami, Nashville, Washington DC, Santa Barbara and Las Vegas. Canadian shows are planned for Montreal, Quebec, Winnipeg, Calgary, Edmonton and Vancouver. Joining the tour on select dates will be special guests Battles, Black Mountain and The Black Angels. The tour originally launched in 2021 and was joined by Wolfmother and The Sword.

Primus spent portions of 2019 joining Slayer's The Final Campaign tour along with Ministry and Philip H. Anselmo & The Illegals. The prior year, they teamed up with Mastodon for a major co-headlining tour with support from All Them Witches and JJUUJJUU. The band's latest studio album 'The Desaturating Seven' was released on September 29th, 2017 and follows up 2014's 'Primus & the Chocolate Factory with the Fungi Ensemble' which reached #17 on the Billboard 200.

Primus arrived on the Rap / Hip Hop scene with the appearance of the album 'Frizzle Fry' released on May 31, 1990. The single 'To Defy The Laws Of Tradition' was instantly a fan favorite and made Primus one of the most popular acts at that moment. Afterwards, Primus published the most famous album 'Sailing The Seas Of Cheese' which is comprised of some of the most well-known music from the Primus collection. 'Sailing The Seas Of Cheese' hosts the single 'Seas Of Cheese' which has been the most well-known for music lovers to experience during the gigs. Aside from 'Seas Of Cheese', many of other songs from 'Sailing The Seas Of Cheese' have also become sought-after as a result. A few of Primus's most popular tour albums and songs are provided below. After 26 years since the release of 'Frizzle Fry' and having a major impact in the business, followers continue to flock to see Primus in person to play hits from the full discography. 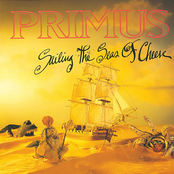 Primus: Sailing The Seas Of Cheese 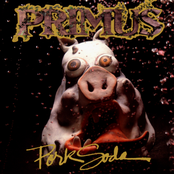 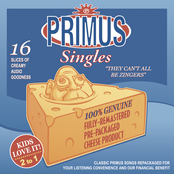 Primus: They Can't All Be Zingers 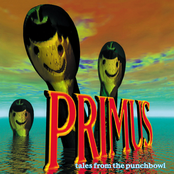 Primus: Tales From The Punchbowl 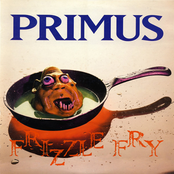 Primus may come to a city near you. View the Primus schedule just above and click the ticket icon to checkout our big selection of tickets. Browse our selection of Primus front row tickets, luxury boxes and VIP tickets. As soon as you find the Primus tickets you need, you can buy your seats from our safe and secure checkout. Orders taken before 5pm are normally shipped within the same business day. To buy last minute Primus tickets, browse through the eTickets that can be downloaded instantly.