Rachael & Vilray recently released a concert schedule coming to select locations in North America. As one of the most followed Pop / Rock live performers to date, Rachael & Vilray will finally be appearing on stage once again for fans. View the calendar that follows and select a show of your choice. Then, you can check out the concert specifics, post it in Facebook and have a look at a huge selection of concert tickets. If you can't go to any of the current concerts, sign up for our Concert Tracker to get alerts as soon as Rachael & Vilray concerts are planned in your city. Rachael & Vilray possibly could release other North American concerts, so come back often for any updates.

Currently Rachael & Vilray does not have any albums 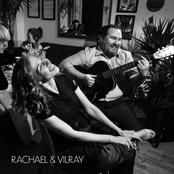