Aussie dance trio RÜFÜS DU SOL will be heading back to the U.S. in early 2020 to promote their latest album 'Solace'. The brief outing takes place in February/March making stops in Indianapolis, Madison, Minneapolis, Charlotte, New Orleans, Houston and Austin. Also during the spring, the group will be making an appearance at Okeechobee Festival along with A R I Z O N A, Said The Sky, Phantoms and Bombargo among others.

RÜFÜS DU SOL released their third studio album 'Solace' on October 19th, 2018 via Sony Music Australia. The album reached #6 on Billboard's Dance/Electronic chart and received nominations for Album of the Year, Best Dance Release and Best Group at the ARIA Music Awards. Since 2013, the band has been nominated for a total of 13 ARIA Music Awards, 6 AIR Awards and 2 Electronic Music Awards. The trio formed in 2010 and consists of members Tyrone Lindqvist, Jon George and James Hunt. 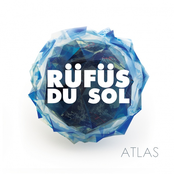