Suzy Bogguss recently released a concert schedule performing at select locations in North America. As one of the top Country / Folk live performers right now, Suzy Bogguss will finally show up live yet again for fans to enjoy. Have a look at the calendar here and select a show of your choice. From there, you can check out the concert details, say you're going on Facebook and take a look at a selection of great concert tickets. If you can't attend any of the current concerts, sign up for our Concert Tracker to get alerts immediately when Suzy Bogguss performances are booked near you. Suzy Bogguss possibly could release extra North American performances, so visit us often for the latest updates.

Suzy Bogguss arrived on the Country / Folk scene with the release of the album 'Aces' released on August 19, 1991. The track 'Someday Soon' was instantly a fan favorite and made Suzy Bogguss one of the fastest growing acts at that time. Afterwards, Suzy Bogguss released the hugely beloved album 'Aces' which includes some of the most famous work from the Suzy Bogguss discography. 'Aces' contains the track 'Outbound Plane' which has made itself the most sought-after for music lovers to hear during the performances. Besides 'Outbound Plane', most of other songs from 'Aces' have also become well-known as a result. Some of Suzy Bogguss's most famous tour albums and songs are provided below. After 25 years since releasing 'Aces' and making a huge effect in the business, music lovers consistently gather to see Suzy Bogguss in person to play hits from the full catalog. 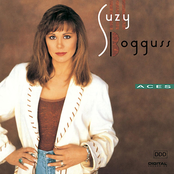 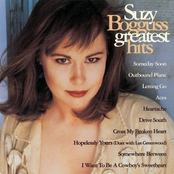 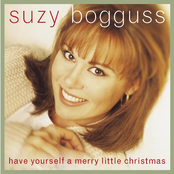 Suzy Bogguss: Have Yourself A Merry Little Christmas 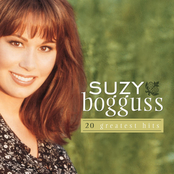 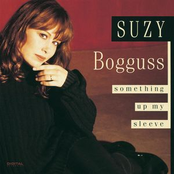 Suzy Bogguss: Something Up My Sleeve