Detroit rock veteran Ted Nugent has announced a summer 2022 tour across America supporting his next album 'Detroit Muscle'. The 21-city excursion takes place in July/August making notable stops in Saint Charles, Kansas City, Owensboro, Dayton, Glenside, Hampton and Reading. The new outing follows up 2019's The Music Made Me Do It Again! Tour and 2018's The Music Made Me Do It Tour which was joined by special guests Blue Oyster Cult and Mark Farner (Grand Funk Railroad).

Nugent will be releasing his 16th studio album 'Detroit Muscle' on April 29th, 2022 via Pavement Music. His previous 2018 album 'The Music Made Me Do It' which reached #24 on Billboard's Independent chart and was his first to feature drummer Jason Hartless. Back in 2017, the singer launched his Rockin America Again Tour which came after 2016's Sonic Baptizm Tour. Nugent has been performing since 1958 and has sold over 30 million records in his career.

Ted Nugent came on the Pop / Rock scene with the release of the album 'Weekend Warriors' published on November 30, 1977. The track 'Need You Bad' quickly became a success and made Ted Nugent one of the most popular acts at that time. Afterwards, Ted Nugent came out with the hugely famous album 'Ted Nugent' which is comprised of some of the most listened to songs from the Ted Nugent discography. 'Ted Nugent' hosts the song 'Stranglehold' which has made itself the most sought-after for fans to hear during the gigs. Besides 'Stranglehold', most of other tracks from 'Ted Nugent' have also become well-known as a result. Some of Ted Nugent's most beloved tour albums and songs are found below. After 39 years since releasing 'Weekend Warriors' and having a huge effect in the business, fans still unite to experience Ted Nugent in person to play tracks from the complete collection. 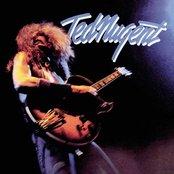 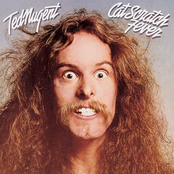 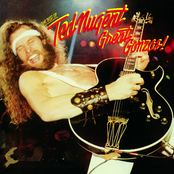 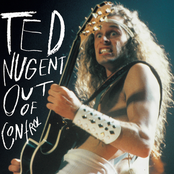 Ted Nugent: Out Of Control 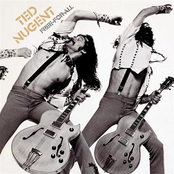