Jack Black and Kyle Gass of Tenacious D have announced a brief U.S. tour in 2022 celebrating the 20th anniversary their debut self-titled album. The 7-city jaunt takes place in June making stops in Sandy, Portland, Woodinville, Bend, Palo Alto and San Diego. Joining the tour in support will be special guests Puddles Pity Party. Also during the month, the duo will be making an appearance at the 49th annual Telluride Bluegrass Festival.

Tenacious D's self-titled debut album was released on September 25th, 2001 and was certified Platinum by the RIAA. The single 'Tribute' was received nominations for Alternative Video of the Year and Directorial Debut of the Year at the Music Video Production Association Awards. Back in 2015, the comedy rockers released their first live album which features recordings from 2012's Rize of the Fenix Tour and 2013's European tour. The same year, Black and Gass won a Grammy Award for Best Metal Performance for their Dio cover 'The Last in Line'.

Tenacious D appeared on the Pop / Rock scene with the release of the album 'Tribute' released on November 30, 2001. The song 'Tribute' quickly became a fan favorite and made Tenacious D one of the most popular artists at that time. Later on, Tenacious D released the extremely popular album 'Tenacious D' which includes some of the most famous music from the Tenacious D collection. 'Tenacious D' hosts the single 'Kielbasa (Album Version)' which has been the most well-known for music lovers to experience during the live events. Apart from 'Kielbasa (Album Version)', most of other tracks from 'Tenacious D' have also become sought-after as a result. Some of Tenacious D's most beloved tour albums and songs are found below. After 15 years since the release of 'Tribute' and making a true impact in the industry, music lovers consistently flock to see Tenacious D in person to perform favorites from the entire catalog. 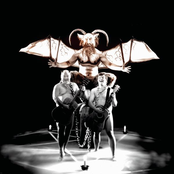 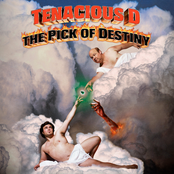 Tenacious D: The Pick of Destiny 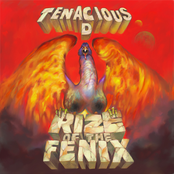 Tenacious D: Rize of the Fenix 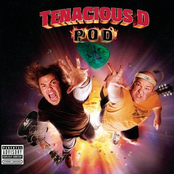 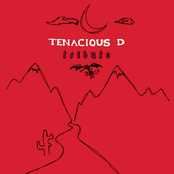 Tenacious D may come to a city near you. View the Tenacious D schedule above and press the ticket icon to view our huge inventory of tickets. Look through our selection of Tenacious D front row tickets, luxury boxes and VIP tickets. As soon as you find the Tenacious D tickets you want, you can purchase your tickets from our safe and secure checkout. Orders taken before 5pm are generally shipped within the same business day. To buy last minute Tenacious D tickets, look for the eTickets that can be downloaded instantly.