Canadian country star Tim Hicks has announced an epic 2022 tour across Canada behind his latest album 'New Tattoo'. His Zero To Sixty Tour kicks off July 8th in Winnipeg and extends into November making notable stops in Vancouver, Enoch, London, Kitchener, Halifax and Moncton. Joining the tour in support will be special guest Robyn Ottolini. Back in 2018, the singer launched his Get Loud Tour which was joined by Tebey, Andrew Hyatt and Madeline Merlo.

Hicks released his fourth studio album 'New Tattoo' on June 22nd, 2018 via Open Road Recordings. The new album follows up 2016's 'Shake These Walls' and 2014's '5:01' which reached a career-best #7 on the Canadian Billboard chart and was nominated for Album of the Year at the Canadian Country Music Association. Back in 2017, the singer-songwriter embarked on his Shake These Walls Tour across Canada with support from Chad Brownlee, Jason Blaine, River Town Saints and James Barker Band.

Tim Hicks appeared on the music scene with the appearance of the album 'Shake These Walls' released on November 30, -0001. The track '' immediately became a fan favorite and made Tim Hicks one of the most popular acts at that time. Later on, Tim Hicks released the extremely beloved album 'Throw Down' which includes some of the most listened to tracks from the Tim Hicks catalog. 'Throw Down' includes the single 'Hell Raisin' Good Time' which has proven to be the most recognized for fans to see during the shows. Besides 'Hell Raisin' Good Time', a host of other tracks from 'Throw Down' have also become well-known as a result. A few of Tim Hicks's most beloved tour albums and songs are seen below. After 2017 years since the release of 'Shake These Walls' and having a huge effect in the business, followers consistently unite to experience Tim Hicks on stage to perform songs from the complete collection. 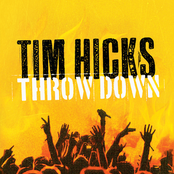 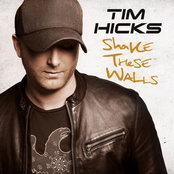 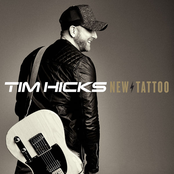 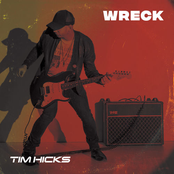 Tim Hicks could be coming to a city near you. Browse the Tim Hicks schedule just above and press the ticket icon to see our big selection of tickets. View our selection of Tim Hicks front row tickets, luxury boxes and VIP tickets. After you locate the Tim Hicks tickets you desire, you can buy your seats from our safe and secure checkout. Orders taken before 5pm are generally shipped within the same business day. To buy last minute Tim Hicks tickets, look for the eTickets that can be downloaded instantly.