Tom Russell recently booked a concert schedule visiting select locations in North America. As one of the most followed Pop / Rock live performers to date, Tom Russell will in the near future show up on stage once again for fans to attend. Have a look at the lineup that follows to find a show that interests you. From there, you can have a look at the event details, say you're going through Facebook and check out a huge selection of concert tickets. If you can't get to any of the current shows, sign up for our Concert Tracker to get alerts immediately when Tom Russell concerts are released in a city near you. Tom Russell might release additional North American performances, so check back with us for up-to-date information.

Tom Russell came on the Pop / Rock scene with the appearance of the album 'Road to Bayamon' released on November 30, 1988. The song 'Home Before Dark' quickly became a fan favorite and made Tom Russell one of the most popular acts at that moment. Later on, Tom Russell published the extremely popular album 'Box of Visions' which is comprised of some of the most popular tracks from the Tom Russell collection. 'Box of Visions' hosts the single 'Angel Of Lyon' which has proven to be the most requested for music lovers to experience during the live events. Besides 'Angel Of Lyon', a host of other songs from 'Box of Visions' have also become well-known as a result. Some of Tom Russell's most beloved tour albums and songs are displayed below. After 28 years since the release of 'Road to Bayamon' and having a true impact in the industry, fans still gather to watch Tom Russell in person to play hits from the complete discography. 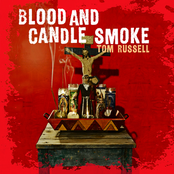 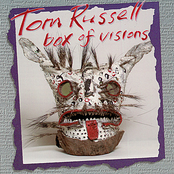 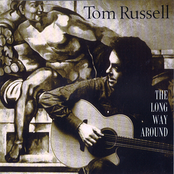 Tom Russell: The Long Way Around 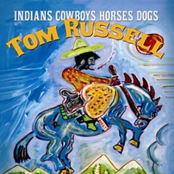 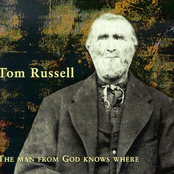 Tom Russell: The Man From God Knows Where