Indie rockers Walk the Moon have announced they'll be touring extensively across America later in 2021 behind their latest album 'What If Nothing'. Their Dream Plane Tour kicks off September 20th in St. Petersburg and runs into November making notable stops in Atlanta, Washington DC, Brooklyn, Los Angeles, San Francisco, Seattle, Chicago and Dallas. Back in 2019, the band joined 30 Seconds To Mars during portions of The Monolith Tour along with K.Flay, MisterWives, Joywave and Welshly Arms.

Walk the Moon released their third studio album 'What If Nothing' on November 10th, 2017 via RCA Records. The new album follows up 2014's 'Talking Is Hard' which reached a career-best #14 on the Billboard 200. Also in 2017, the band launched their Press Restart Tour after embarking on their Work This Body Tour the prior year with special guests MisterWives. Back in 2015, they toured across North America during their Talking is Hard Tour with The Griswolds.

About Walk The Moon Tour Albums

Walk The Moon appeared on the Pop / Rock scene with the release of the album 'The Anthem EP' released on March 6, 2008. The track 'Stone Cold Fox' immediately became a fan favorite and made Walk The Moon one of the fastest growing talents at that time. Thereafter, Walk The Moon published the hugely beloved album 'Walk the Moon' which is comprised of some of the most beloved songs from the Walk The Moon collection. 'Walk the Moon' contains the single 'Daddy's Coming Home' which has become the most well-known for followers to experience during the live events. In addition to 'Daddy's Coming Home', most of other songs from 'Walk the Moon' have also become requested as a result. A few of Walk The Moon's most popular tour albums and songs are seen below. After 8 years since releasing 'The Anthem EP' and making a true effect in the industry, fans continue to head to watch Walk The Moon appear live to perform songs from the complete discography.

Walk The Moon: Talking Is Hard 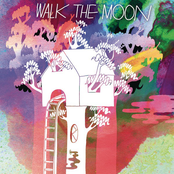 Walk The Moon: Walk the Moon 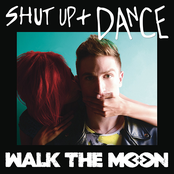 Walk The Moon: Shut Up and Dance 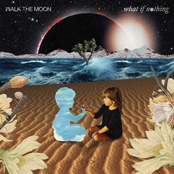 Walk The Moon: What If Nothing 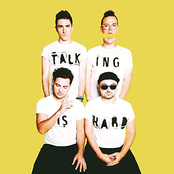