To date there haven't been any big Alfred Banks concerts or tours added for the U.S. or Canada. Sign up for our Concert Tracker to get notified when Alfred Banks events have been released to the itinerary. Check out our Facebook page for recent announcements for Alfred Banks. In the meantime, check out other Rap / Hip Hop performances coming up by Jake Miller, Meltycanon, and En Vogue.

Alfred Banks: On That 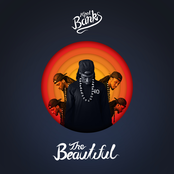 On That View More Albums