Livetronica duo Big Gigantic will be embarking on another version of their Brighter Future Tour in 2022 to promote their next album 'Brighter Future 2'. The 18-date outing takes place in July making notable stops in Reno, San Francisco, Los Angeles, Pittsburgh, Detroit, Washington, DC and Brooklyn. Joining the tour on select dates will be special guests Kasbo, Goldfish, Inzo, Memba, Brasstracks, Party Pupils, Young Franco and Covex. Back in 2016, the same tour was joined by Louis Futon, Illenium and Brasstrack.

Big Gigantic's eighth studio album 'Brighter Future 2' will be released on June 10th, 2022 and features a guest appearance by Aloe Blacc on the track 'Keep On Rising'. The original 2016 version of the album series reached #2 on Billboard's Dance/Electronic chart and includes appearances by GRiZ, Logic, Waka Flocka Flame and Cherub. The same year, the duo toured extensively across America with support from Marshmello, Hermitude, Louis The Child, Louis Futon, Melvv, Mija and Unlike Pluto. Back in 2019, their Got The Love Tour was joined by The Floozies and Shallou.

Big Gigantic appeared on the Pop / Rock scene with the release of the album 'Brighter Future' released on November 30, -0001. The track '' quickly became a hit and made Big Gigantic one of the fastest growing artists at that moment. Thereafter, Big Gigantic published the extremely famous album 'Fire It Up' which includes some of the most beloved music from the Big Gigantic collection. 'Fire It Up' features the track 'Thinking Out Loud' which has become the most recognized for fans to experience during the performances. In addition to 'Thinking Out Loud', a host of other songs from 'Fire It Up' have also become well-known as a result. Some of Big Gigantic's most popular tour albums and songs are found below. After 2017 years since releasing 'Brighter Future' and having a massive effect in the industry, music lovers consistently flock to see Big Gigantic in person to play songs from the entire discography. 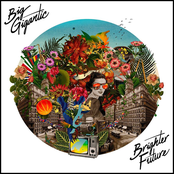 Big Gigantic: A Place Behind The Moon 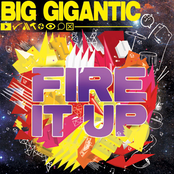 Big Gigantic: Fire It Up 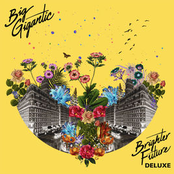 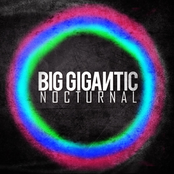