So far there haven't been any notable Cheech Marin concerts or tours revealed for the United States. Sign up for our Concert Tracker to get notified when Cheech Marin events have been announced to the schedule. For up-to-date announcements regarding Cheech Marin shows, visit our Tour announcements page. In the meantime, take a look at other Comedy performances coming up by Eric Andre, Nick Swardson, and Bill Burr. 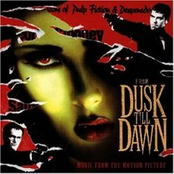 Cheech Marin: From Dusk Till Dawn