Chevelle released their ninth studio album 'N.I.R.A.T.I.A.S.' (aka 'Nothing Is Real And This Is A Simulation') on March 5th, 2021 via Epic Records. The new album reached #1 on Billboard's Alternative, Hard Rock and Rock charts and follows up 2016's 'The North Corridor'. Back in 2015, the band launched a huge summer tour joined by Middle Class Rut and Dayshell followed by another U.S. tour with support from Crobot to finish off the year.

Chevelle came on the Alternative scene with the appearance of the album 'Point #1' released on May 4, 1999. The song 'Open' was instantly a success and made Chevelle one of the newest emerging performers at that time. Thereafter, Chevelle published the most famous album 'Wonder What's Next' which includes some of the most famous music from the Chevelle catalog. 'Wonder What's Next' features the song 'Family System' which has made itself the most recognized for followers to enjoy during the live events. Apart from 'Family System', many of other songs from 'Wonder What's Next' have also become well-known as a result. A handful of Chevelle's most famous tour albums and songs are provided below. After 17 years since releasing 'Point #1' and having a huge effect in the industry, fans still flock to hear Chevelle appear live to play tracks from the complete collection. 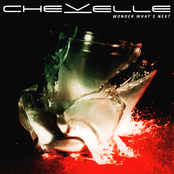 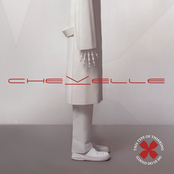 Chevelle: This Type of Thinking (Could Do Us In) 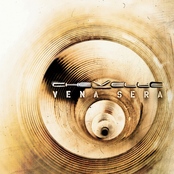 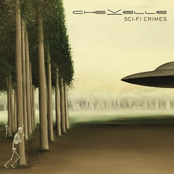 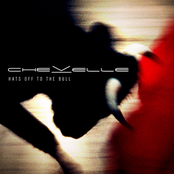 Chevelle: Hats Off to the Bull

Chevelle could be coming to a city near you. View the Chevelle schedule just above and push the ticket button to checkout our big selection of tickets. Look through our selection of Chevelle front row tickets, luxury boxes and VIP tickets. After you track down the Chevelle tickets you want, you can purchase your seats from our safe and secure checkout. Orders taken before 5pm are usually shipped within the same business day. To buy last minute Chevelle tickets, check out the eTickets that can be downloaded instantly.