Jamaican reggae artist Chronixx has announced a major 2017 tour across North America supporting his upcoming album 'Chronology'. The 38-date trek kicks off March 2nd in Connecticut and continues through April visiting U.S. cities like New York, Detroit, Chicago, Los Angeles, Dallas and Atlanta. Canadian shows are set for Vancouver, Montreal and Toronto. Chronixx will be joined on stage by his Zincfence Redemption Band throughout the tour.

Chronixx will be releasing his debut studio album 'Chronology' sometime in early 2017. The album includes the single 'Majesty' which is his own interpretation of Otis Gayle's 'I’ll Be Around'. His latest EP 'Dread & Terrible' was released back in 2014 and reached a career-best #1 on Billboard's R&B/Hip-Hop chart. In 2016, Chronixx embarked on several headlining tours across Africa, Japan, Europe and North America and appeared at numerous music festivals across the globe.

Chronixx arrived on the World scene with the release of the album 'Behind Curtain' published on April 24, 2012. The single 'Behind Curtain' immediately became a fan favorite and made Chronixx one of the fastest growing acts at that moment. Thereafter, Chronixx released the extremely beloved album 'Dread & Terrible' which includes some of the most famous tracks from the Chronixx collection. 'Dread & Terrible' features the single 'Alpha & Omega' which has become the most sought-after for fans to enjoy during the performances. Besides 'Alpha & Omega', a host of other songs from 'Dread & Terrible' have also become requested as a result. A few of Chronixx's most famous tour albums and songs are found below. After 4 years since releasing 'Behind Curtain' and making a massive effect in the industry, fans continue to flock to watch Chronixx in person to play hits from the entire discography. 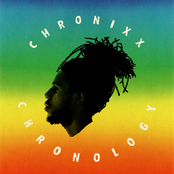 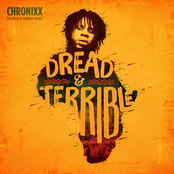 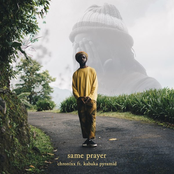 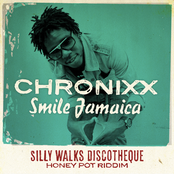 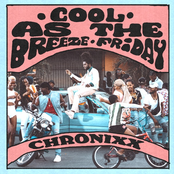 Chronixx: COOL AS THE BREEZE/FRIDAY

Chronixx might soon come to a city near you. Browse the Chronixx schedule above and click the ticket link to see our huge inventory of tickets. Check out our selection of Chronixx front row tickets, luxury boxes and VIP tickets. After you track down the Chronixx tickets you desire, you can buy your seats from our safe and secure checkout. Orders taken before 5pm are generally shipped within the same business day. To purchase last minute Chronixx tickets, look for the eTickets that can be downloaded instantly.