deadmau5 announces 'We Are Friends Tour'

EDM mastermind deadmau5 has announced a major 2022 tour across America joined by a slew of special guests. His We Are Friends Tour kicks off July 15th in Philadelphia and runs into December making additional stops in Washington DC, Detroit, Chicago, Phoenix, San Francisco and Denver. Joining the tour on select dates will be NERO, BlackGummy, No Mana, Kasablanca, Lamorn, Bensley, EDDIE, HNTR, Morgin Madison and Lupa.

deadmau5 will continue supporting his eighth studio album 'W:/2016ALBUM/' released on December 2nd, 2016 via his own mau5trap label. The album includes the singles 'Snowcone' as well as 'Let Go' featuring Grabbitz. His previous 2014 album 'while(1<2)' reached #9 on the Billboard 200 and includes remixes by How to Destroy Angels and Nine Inch Nails. Since beginning his music career in the mid 1990s, Zimmerman has been nominated for 6 Grammy Awards and is now one of the highest paid electronic music producers in the world.

Deadmau5 appeared on the music scene with the release of the album 'Get Scraped' published on June 12, 2006. The single '8bit' immediately became a hit and made Deadmau5 one of the newest emerging talents at that time. Since then, Deadmau5 released the hugely beloved album 'For Lack of a Better Name' which features some of the most famous work from the Deadmau5 collection. 'For Lack of a Better Name' features the single 'FML' which has been the most sought-after for music lovers to see during the performances. Apart from 'FML', most of other songs from 'For Lack of a Better Name' have also become well-known as a result. A few of Deadmau5's most beloved tour albums and songs are seen below. After 10 years since releasing 'Get Scraped' and making a huge effect in the business, fans still gather to watch Deadmau5 in person to perform hits from the full discography. 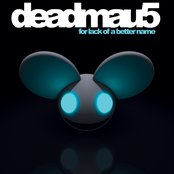 Deadmau5: For Lack of a Better Name 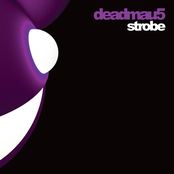 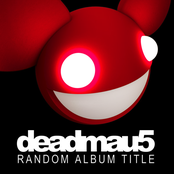 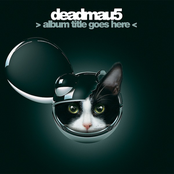 Deadmau5 might soon come to a city near you. View the Deadmau5 schedule just above and press the ticket button to view our huge inventory of tickets. Browse our selection of Deadmau5 front row tickets, luxury boxes and VIP tickets. Once you track down the Deadmau5 tickets you want, you can purchase your seats from our safe and secure checkout. Orders taken before 5pm are usually shipped within the same business day. To buy last minute Deadmau5 tickets, browse through the eTickets that can be downloaded instantly.