Songwriters Hall of Famer Don McLean has announced a massive 2022 tour across North America celebrating the 50th anniversary of his classic staple 'American Pie'. The 29-date outing kicks off January 28th in Honolulu and continues into July hitting cities like Kansas City, Toronto, Nashville, Atlanta, Boston, New York, Baltimore, Houston and Denver. Later in the year, the same tour heads over to Europe for another extensive list of performances during the fall.

McLean's 1971 song 'American Pie' repeatedly mentions "the day the music died" which refers to the plane crash in 1959 that killed Buddy Holly, The Big Bopper and Ritchie Valens. The song was certified 3x Platinum by the RIAA and has been covered by numerous artists including Madonna and Garth Brooks. In his long career, McLean is also known for other popular tracks like 'Vincent (Starry Starry Night)', 'Castles in the Air', 'And I Love You So' and 'Cryin'. The veteran singer was inducted into the Songwriters Hall of Fame in 2004 and recently received a star on the Hollywood Walk of Fame in 2021.

Don McLean came on the Pop / Rock scene with the release of the album 'Playin' Favorites' released on November 30, 1972. The song 'Everyday' immediately became a hit and made Don McLean one of the fastest growing performers at that moment. Later on, Don McLean published the hugely beloved album 'American Pie' which is comprised of some of the most famous music from the Don McLean collection. 'American Pie' includes the single 'American Pie' which has proven to be the most requested for followers to enjoy during the gigs. Apart from 'American Pie', many of other songs from 'American Pie' have also become recognized as a result. Some of Don McLean's most popular tour albums and songs are provided below. After 44 years since the release of 'Playin' Favorites' and having a huge effect in the business, music lovers continue to head to see Don McLean appear live to perform tracks from the full catalog. 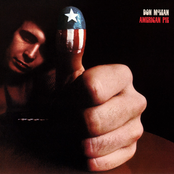 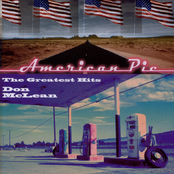 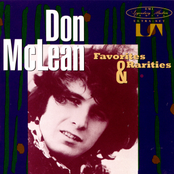 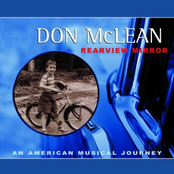