Metal troops HELLYEAH have announced a huge U.S. tour taking place this spring behind their new album 'Welcome Home'. The Perseverance Tour kicks off April 18th in Las Vegas and stretches through May invading major markets like Chicago, Baltimore, Pittsburgh, Atlanta and New York. Joining the tour in support will be special guests All That Remains, Butcher Babies, Saul and Deepfall. Also during the spring, the band will be making festival appearances at Epicenter, Fm99 Lunatic Luau, Welcome to Rockville and Sonic Temple.

HELLYEAH released their sixth studio album 'Welcome Home' on September 27th, 2019 via Eleven Seven. The new album follows up 2016's 'Unden!able' and 2014's 'Blood for Blood' which reached a career-best #1 on Billboard's Hard Rock chart. Also in 2019, the band hit the road for the first time since the death of legendary drummer Vinnie Paul who was replaced by Stone Sour's Roy Mayorga. Back in 2017, they toured extensively across America with special guests 10 Years, Black Map, Sons Of Texas and Righteous Vendetta.

Hellyeah appeared on the Hard Rock / Metal scene with the release of the album 'Stampede' released on July 13, 2010. The track 'Better Man' immediately became a hit and made Hellyeah one of the most popular performers at that moment. Afterwards, Hellyeah came out with the extremely famous album 'HELLYEAH' which is comprised of some of the most popular work from the Hellyeah collection. 'HELLYEAH' features the single 'HELLYEAH' which has made itself the most requested for music lovers to experience during the performances. Aside from 'HELLYEAH', a host of other songs from 'HELLYEAH' have also become sought-after as a result. A handful of Hellyeah's most famous tour albums and songs are provided below. After 6 years since the release of 'Stampede' and making a huge effect in the industry, followers consistently flock to watch Hellyeah appear live to perform favorites from the full discography. 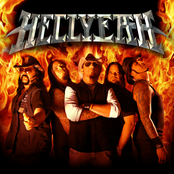 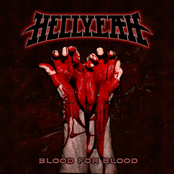 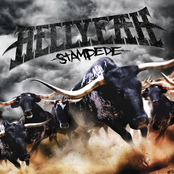 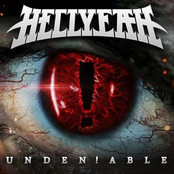 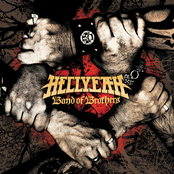 Hellyeah could be coming to a city near you. Check out the Hellyeah schedule just above and click the ticket link to checkout our huge inventory of tickets. Check out our selection of Hellyeah front row tickets, luxury boxes and VIP tickets. After you track down the Hellyeah tickets you need, you can buy your tickets from our safe and secure checkout. Orders taken before 5pm are generally shipped within the same business day. To purchase last minute Hellyeah tickets, look for the eTickets that can be downloaded instantly.