As of right now there haven't been any upcoming James Dupre concerts or tours revealed for the U.S. or Canada. Sign up for our Concert Tracker to get informed when James Dupre concerts have been unveiled to the itinerary. Follow us on Twitter @ConcertFix for announcements regarding James Dupre. In the meantime, have a look at other Country / Folk performances coming up by Steve Wariner, Patrick Norman, and Micky and The Motorcars.

James Dupre: It's All Happening 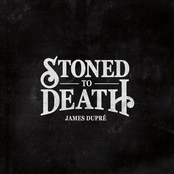 It's All Happening View More Albums