So far there haven't been any notable Jessy Wilson concerts or tours booked for North America. Sign up for our Concert Tracker to get notified when Jessy Wilson performances have been unveiled to the itinerary. Take a look at our Tour announcements page to get the latest tour announcements for Jessy Wilson In the meantime, view other Alternative performances coming up by Entheos, And You Will Know Us By The Trail Of Dead, and Misery Signals. 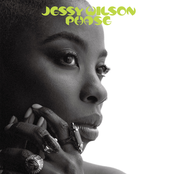