So far there haven't been any notable Jojo Mayer concerts or tours unveiled for North America. Sign up for our Concert Tracker to get notified when Jojo Mayer shows have been planned to the itinerary. For new announcements regarding Jojo Mayer events, visit our Tour announcements page. In the meantime, take a look at other Jazz / Blues performances coming up by Kamasi Washington, Jeanne Jolly, and Atlanta Blues Festival. 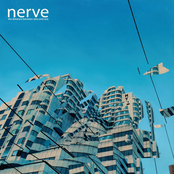 Jojo Mayer: The Distance Between Zero And One

The Distance Between Zero And One View More Albums