King Diamond will be releasing his 13th studio album 'The Institute' sometime in early 2020 via Metal Blade Records. His previous 2007 album 'Give Me Your Soul...Please' includes the track 'Neverending Hill' which recieved a nomination for Best Metal Performance at the 2008 Grammy Awards. Back in 2015, the singer launched a massive U.S. tour performing his classic 1987 album 'Abigail' in its entirety. The tour visited a total of 18 cities and was joined by thrash metal pioneers Exodus as openers.

King Diamond arrived on the Hard Rock / Metal scene with the appearance of the album 'The Dark Sides' released on November 30, 1987. The track 'Halloween' was instantly a success and made King Diamond one of the most popular artists at that time. After that, King Diamond came out with the hugely beloved album 'Abigail' which is comprised of some of the most well-known tracks from the King Diamond discography. 'Abigail' hosts the single 'Funeral' which has made itself the most sought-after for music lovers to enjoy during the gigs. Besides 'Funeral', most of other tracks from 'Abigail' have also become requested as a result. Some of King Diamond's most famous tour albums and songs are found below. After 29 years since the release of 'The Dark Sides' and making a huge effect in the business, followers consistently gather to see King Diamond on stage to play tracks from the complete catalog. 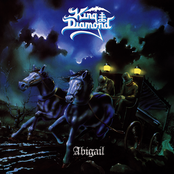 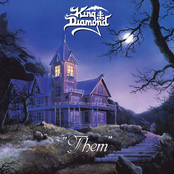 King Diamond: Give Me Your Soul... Please 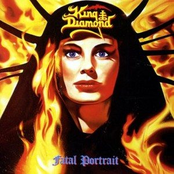 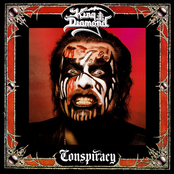 King Diamond could be coming to a city near you. View the King Diamond schedule on this page and press the ticket link to checkout our huge inventory of tickets. Check out our selection of King Diamond front row tickets, luxury boxes and VIP tickets. After you find the King Diamond tickets you need, you can purchase your seats from our safe and secure checkout. Orders taken before 5pm are generally shipped within the same business day. To purchase last minute King Diamond tickets, browse through the eTickets that can be downloaded instantly.