Alt-country outfit Lucero have announced a sizable 2022 tour across North America supporting their latest album 'When You Found Me'. The 13-city excursion kicks off April 15th in Fayetteville and runs into May making additional stops in Columbia, Bloomington, Toronto, Harrisburg, Albany, Portland, Bridgeport, Baltimore, Philadelphia, Rockville Centre, Greensboro and Asheville. Joining the tour in support will be special guest Myron Elkins. The new outing follows up 2021's When You Found Me Tour which was joined by Morgan Wade.

Lucero released their 11th studio album 'When You Found Me' on January 29th, 2021 via Liberty & Lament and Thirty Tigers. The prior year, the band toured extensively across North America with special guest Jade Jackson. Back in 2018, they launched a major U.S. tour joined by Frank Turner, Langhorne Slim, Brent Cowles and Strand of Oaks. The following year, they hit the road with Vandoliers and The Huntress and Holder of Hands.

Lucero arrived on the Alternative scene with the release of the album 'Piel de Angel' released on April 22, 1997. The song 'La Vida Aquiesta' quickly became a hit and made Lucero one of the fastest growing talents at that time. After that, Lucero came out with the extremely popular album 'Nobody's Darlings' which features some of the most beloved music from the Lucero catalog. 'Nobody's Darlings' hosts the song 'Watch It Burn' which has made itself the most well-known for music lovers to experience during the performances. Besides 'Watch It Burn', many of other songs from 'Nobody's Darlings' have also become requested as a result. Some of Lucero's most famous tour albums and songs are provided below. After 19 years since the release of 'Piel de Angel' and having a true impact in the business, followers consistently gather to experience Lucero on stage to perform songs from the complete collection. 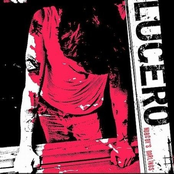 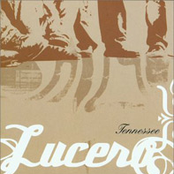 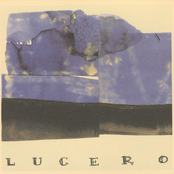 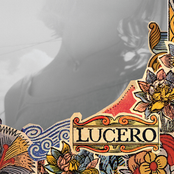 Lucero: That Much Further West 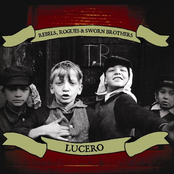 Lucero may come to a city near you. View the Lucero schedule on this page and push the ticket icon to view our big selection of tickets. Look through our selection of Lucero front row tickets, luxury boxes and VIP tickets. Once you find the Lucero tickets you desire, you can purchase your tickets from our safe and secure checkout. Orders taken before 5pm are usually shipped within the same business day. To purchase last minute Lucero tickets, check out the eTickets that can be downloaded instantly.